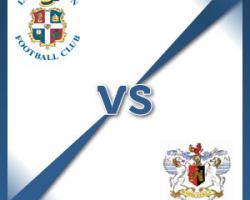 Luton V Exeter - view commentary, squad, and statistics of the game live.McNulty worry for HattersLuton captain Stephen McNulty is a doubt for the visit of Exeter.McNulty limped off with a hamstring injury during the defeat at Northampton last weekend and the big centre-half will be monitored ahead of the Good Friday clash with the Grecians.Hatters boss John Still revealed at his pre-match press conference that the club's medical staff will also check on the fitness of midfielders Jonathan Smith and Nathan Doyle.Elliot Lee, Mark Tyler, Pelly Ruddock Mpanzu, Jake Howells and Scott Griffiths all remain unavailable for Luton, who are just two points outside the play-off places despite losing their last six matches.Paul Tisdale will make a late call on several of his Exeter players ahead of the trip.The City boss has revealed midfielders Tom McCready and Liam Sercombe are doubts with knocks, but could still feature in a match the Grecians know they cannot afford to lose in the race for a play-off place.Experienced striker Clinton Morrison has also missed training this week after being substituted during Saturday's 1-1 draw with Morecambe, as did Christian Ribeiro.Tom Nichols will definitely miss out as he starts his three-match ban for a red card shown during that game so Graham Cummins could return to the starting line-up