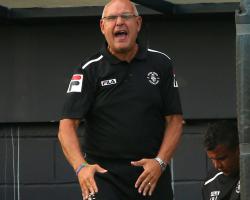 Luton V Cheltenham - view commentary, squad, and statistics of the game live.Lawless out for HattersAlex Lawless finds himself back on the sidelines as Luton prepare to host Cheltenham.Lawless came on as a second-half substitute against Plymouth last weekend but the midfielder has had a reaction to the hamstring injury which kept him out of the first month of the season and he is unavailable again.New signing Nathan Doyle is unlikely to feature as he builds up his fitness, while defender Fraser Franks is also out having undergone a hernia operation and midfielder Matt Robinson is still suspended.Striker Paul Benson (hamstring) could return after missing out against Argyle and winger Shaun Whalley is back in training following a foot injury

However, Hatters boss John Still is unlikely to risk Jonathan Smith despite the midfielder playing 90 minutes for the development squad on Tuesday.Cheltenham hope to have Lee Vaughan available when they make the trip.The right wing-back missed the Robins' draw at Morecambe last weekend with a foot injury he sustained in the win over Tranmere but he trained on Thursday and boss Mark Yates hopes he will be able to travel.That means Asa Hall, who sustained a calf injury during his Cheltenham debut, is set to be Yates' only absentee as they look to continue their unbeaten start to the League Two campaign.Having struggled last season, the Robins are yet to taste defeat in their six league games so far