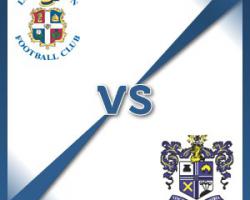 Luton V Bury - view commentary, squad, and statistics of the game live.McNulty suspended for HattersLuton will be without Steve McNulty when they welcome Bury to Kenilworth Road for their FA Cup second-round replay.The influential centre-back was sent off at Morecambe on Saturday for picking up two yellow cards in the space of 90 seconds and will now serve a one-match ban, with Alex Lacey expected to deputise.Striker Ross Lafayette returned to the bench at the weekend following a hernia problem and could feature more prominently as he looks to improve on his match fitness following a lengthy absence.Paul Benson (broken leg), Luke Guttridge (foot) and Curtley Williams (shoulder) are definitely out while doubts remain over the fitness of Alex Lawless, Pelly Ruddock and Charlie Walker.Bury are missing loan duo Adam El-Abd and Robert Milsom, with the pair ineligible for the FA Cup

Rotherham do not want midfielder Milsom cup-tied while Bristol City have not allowed defender El-Abd to feature.Kelvin Etuhu is fit again after he returned to the bench for Saturday's 2-1 defeat to Oxford following a hamstring strain.Tom Soares has also shaken off a bug which affected the Bury camp last week